Yes, ABC has its next Bachelor star lined up with Matt James, but that doesn’t mean Clare Crawley‘s season of The Bachelorette isn’t happening.

Clare was announced as the next star of the franchise in early March. ABC even revealed the contestants who would be vying for her heart in season 16 of the reality dating show, including Matt, but then the coronavirus happened. Production on season 16 of The Bachelorette never really took off. Fast forward a few months to June when fans and veteran cast members of Bachelor Nation called on ABC to cast a Black star in The Bachelor and increase diversity in front of and behind the camera. ABC and Warner Bros. remained silent on the petition until June 12 when Matt was announced as the new star of The Bachelor on Good Morning America. 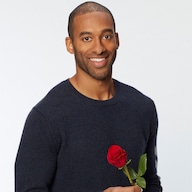