At the tail-end of her successful ABC sitcom Ellen’s fourth season, after months of speculation and coming just weeks after the comedy legend appeared on the April 13 cover of Time magazine emblazoned with the words “Yep, I’m Gay,” the seminal two-part episode known as “The Puppy Episode” aired, yanking DeGeneres’ character Ellen Morgan out of the closet with her.

While the two-part episode was met with criticism and condemnation from the usual conservative suspects, it was much more widely celebrated, pulling in 42 million viewers (the highest in the show’s history), winning the Emmy for Outstanding Writing for a Comedy Series, a Peabody Award and a GLAAD Media Award in 1998 for DeGeneres. 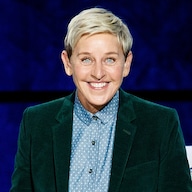