Is change on the horizon?

Both across the nation and abroad, these deaths have sparked protests, commentary about Black Lives Matter and public outcry against police brutality. Erin kicked off the conversation by asking: “Besides George Floyd, there have been other controversial deaths recently, do you think this will ignite change?”

“I think we’re at the point in our society where there was a tipping point where Americans really realized that we cannot stand anymore and let this happen and not say anything,” Justin expressed. “But it’s also becoming a tipping point for law enforcement to educate themselves on, ‘How is this continuously happening?'”

As he continued, Justin optimistically noted that this “tipping point” will “come together finally and hopefully.”

In support of Justin’s point, Morgan highlighted that George Floyd’s death was not “an isolated incident.” Although these issues have plagued our nation for many years, Morgan suggested the momentum tied to this cause has inspired more people to get involved. 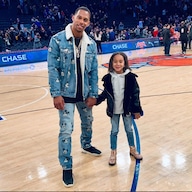