While you try to pronounce the name of Grimes and Elon Musk‘s newborn son, even the new mom got slightly mixed up on her baby’s very unique moniker.

Just days ago, the Tesla co-founder confirmed their first child together had arrived. However, Musk spurred more headlines when he responded to a fan asking for the little one’s name with “X Æ A-12 Musk.”

While fans tried to figure out what exactly they were reading, the musician weighed in with an explanation, though it wasn’t entirely correct.

“X, the unknown variable,” she wrote. “Æ, my elven spelling of Ai (love &/or Artificial intelligence) A-12 = precursor to SR-17 (our favorite aircraft). No weapons, no defenses, just speed. Great in battle, but non-violent.” 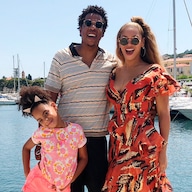