During his interview with SiriusXM’s The Michelle Collins Show, the Hannibal star had the best response after hearing a story that his wife shared about one of her one-night stands. Taking place during her visit to Armchair Expert, she revealed that she realized she wanted to be with Dancy after spending the night with someone else, referring to the moment as when she got her “palate cleansed” and couldn’t deny her feelings for the British actor any longer.

“The first thing I should mention is that this is complete news to me, so I’m glad I can respond to it,” he began, noting that he had no idea that the Homeland star had shared the story publicly. “I can only say that I’m really glad that my wife chose to have a one-night stand with an inadequate lover.” Dancy added, “It could have gone either way, who knows?” 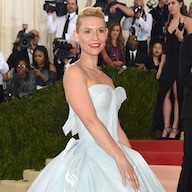