American Horror Story is getting a spinoff. Maybe?

“American Horror Story cast zoom call…where we reminisced about the good times…the spin off we’re doing called American Horror Stories (one hour contained episodes)…when we will start filming the next season of the mothership…and other stuff I cannot print,” Murphy captioned the image. “It was so much fun and I’m glad we caught up. I miss everyone!” 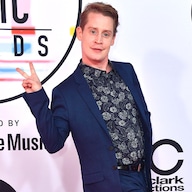