Quarantine hasn’t been boring in the slightest for JoJo!

The songstress released her first new album since 2016 on May 1—Good to Know—and when she joined E!’s Scott Tweedie for HappE! Hour, she revealed that she’s kept busy in her L.A. home by doing everything from shooting a music video to learning how to use professional music production software.

“…I had my friend, who’s a director, come through— wearing a mask and everything—but like, this table that I’m talking to you on, we turned it into a surface for me to kind of crawl on and dance on and do all these things,” JoJo said of the “Comeback” music video. “And my mom was, like, helping hold up the lighting and stuff.”

“So that was weird,” she added. “But it was fun…my mom, she’s no prude. So it’s not like she was like ‘oh my!’ clutching pearls or anything.” 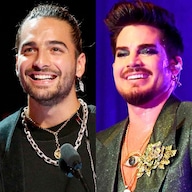