Kim Kardashian is speaking out and standing up for the black community.

On Saturday morning, the SKIMS founder took to social media to share a powerful and moving message over George Floyd‘s death.

As many know, Floyd passed away on Monday (May 25) after a Minneapolis police officer pinned him down and kneeled on his neck, while three other officers stood by and did nothing. Moreover, Floyd stated several times that he couldn’t breathe—moments later he died.

Just yesterday, the former Minneapolis police officer was taken into custody and faces charges of 3rd-degree murder and manslaughter.

Now, the Keeping Up With the Kardashians star is using her huge platform to stand in solidarity with the black community and pay tribute to Floyd.

“For years, with every horrific murder of an innocent black man, woman, or child, I have always tried to find the right words to express my condolences and outrage, but the privilege I am afforded by the color of my skin has often left me feeling like this is not a fight that I can truly take on my own. Not today, not anymore,” she began her in-depth post. 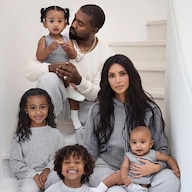