How many selfies can one couple take? David and Lana attempted to find out on 90 Day Fiancé: Before the 90 Days. Thrilled she exists, David did his best to woo Lana and get as many photos as possible as evidence for his K-1 visa application. There’s just one problem: Lana didn’t seem to be on the same page.

Despite admitting she liked to get gifts and money from David (and refusing to answer how much he’s spent on her), she avoided his advances and declined to go to his hotel room. Earlier in the episode, she was shocked to learn he walked around her neighborhood knocking on doors looking for her. “That is genuinely insane,” she said. Things also took a turn when he revealed he hired a private investigator to find her. Despite that hiccup, Lana agreed to spend another day with him. 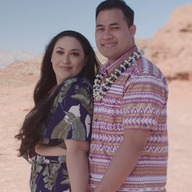