There is a 108 percent chance you were screaming at your TV 10 years ago.

Why? Because that’s when Lost’s final episode aired, instantly becoming one of the most polarizing series finales of all-time.

After six seasons of questions, mysteries and backstories, the journey of the passengers on Oceanic Flight 815 came to an end, with J.J. Abrams, Damon Lindelof and Carlton Cuse choosing not to answer many of the show’s burning mysteries, much to some of the obsessed fans’ chagrin.

But for its six-season run, which began in 2004, Lost became appointment TV and was one of the highest rated shows, earning a loyal fanbase that spent hours online after each episode dissecting every clue. And 10 years later, the debate about what the show meant and its unanswered questions rages on. (Seriously, what was up with that polar bear?!)

In honor of the Emmy Award-winning series, we’re looking back over its history to reveal some Dharma Initiative-level secrets, including casting change-ups, hook-ups and run-ins with the law that went down during its six-year run. 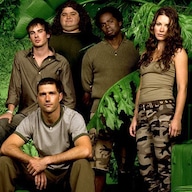