Just days after WWE star Shad Gaspard passed away, a memorial service was held in Venice Beach for the 39-year-old professional wrestler and actor.

Friday’s vigil — held by Shad’s wife, Siliana Gaspard —drew family, friends and fans to the Los Angeles shore, where the grappler reportedly drowned last week. The beach was filled with flowers, candles and love for the father, who was also involved in the world of video games and graphic novels.

Gaspard died after a swimming accident with his 10-year-old son, Aryeh. After the two were pulled to sea by a rip current, only his child survived.

On Monday afternoon, Siliana shared that her husband had gone missing from the Marina Del Rey beach the day prior. The Los Angeles Fire Department confirmed that a man and his 10-year-old son had gone missing in the waters, but the child was found and did not require transport to the hospital. The U.S. Coast Guard confirmed that in the rescue process, the lifeguards “lost visual contact of the father.”

Three days later, the LAFD confirmed to E! News that a body was recovered off Venice Beach. The LA County Coroner later confirmed the body was identified as Shad. 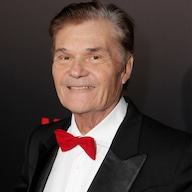