Trevi Moran has come out as a transgender woman.

In a candid video titled “Coming Out. I Am Female,” the YouTube star and former X Factor contestant declared that she is a transgender female and explained that this decision has been a long time coming.

“Hi. My name is Trevi Moran. I am a transgender female,” she began the emotional vlog. “It’s a good start. I can’t believe I just said that out loud. I’ve dealt with this feeling my entire life, and I know that I’m a woman deep down inside. It’s just a feeling you know.”

As she continued, Moran, who first came out as gay in 2015, shared that her journey towards coming out as transgender has been rocky, starting when she began questioning identifying as a cisgender male nearly three years ago.

“I hit a rock in my journey in 2017 when I thought I wasn’t transgender because I thought that people were pushing me to be transgender,” she said. “No, I just had a lot of demons back then. A lot of eating disorder stuff, self-confidence issues. It wasn’t the time for me to come out back then. But now I’m here, and I’m transgender.” 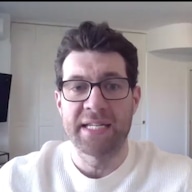 Every Performer at GLAAD’s Together in Pride: You Are Not Alone Livestream